We are committed to scientific and clinical excellence and are passionate about bringing transformative therapies to patients in critical need.

To create safe, effective, and affordable immunotherapies for the treatment of seriously ill patients

Through innovative thinking, intelligent design, and tenacity, we strive to discover and develop clinically effective iPSC-derived allogeneic immunotherapies to save lives. We are partnered with the Advanced Cell Therapy Laboratory (ACTL) of UC San Diego, a state-of-the-art GMP and GLP facilities that allows us to rapidly drive our innovation. We also leverage an extensive network of leading CMC professionals to guide our manufacturing agenda. 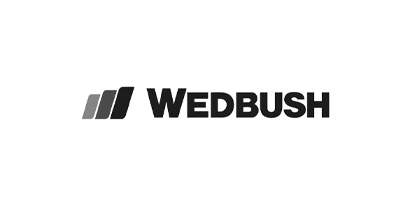 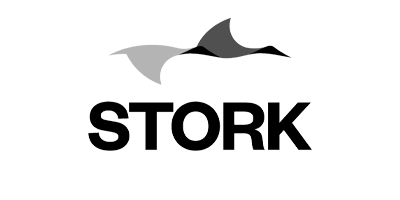 Together let’s push the boundaries of scientific innovation.

Kimberly J Manhard is a board member of Shoreline Biosciences

Ms Manhard has served as the Executive Vice President of Drug Development for Heron Therapeutics, Inc. (Heron) since January 2016, after serving as a board director in 2014 and 2015. She rejoined the Heron board in November 2019. Since 2020, Ms Manhard has also served as a board director of Toragen, Inc. (non-public company) and of InhibRx, Inc. (public company), which are focused on the research and development of new treatments for cancer.

From 2008 to 2016, Ms Manhard served as Senior Vice President of Regulatory Affairs and Development Operations at Ardea Biosciences, Inc. (Ardea), a wholly-owned subsidiary of AstraZeneca PLC, and led the US, EU and rest of world registration activities for Zurampic® (lesinurad) for the treatment of hyperuricemia associated with gout. At the time of joining Ardea in 2006, Ms Manhard also oversaw general corporate operations and HIV and Oncology drug development. Prior to joining Ardea, Ms. Manhard was President of her own consultancy firm, Vice President of Regulatory Affairs for Exelixis, Inc. and held multiple regulatory positions at Agouron Pharmaceuticals, Inc., a division of the Warner-Lambert Company, supporting development and commercialization of anticancer and antiviral products, including Viracept® (nelfinavir).

Ms Manhard was also previously with Bristol-Myers Squibb Company in regulatory affairs, responsible for oncology compounds, including Taxol® (paclitaxel) and infectious disease compounds, including Videx® (didanosine) and Zerit® (stavudine). Ms. Manhard began her industry career in clinical research with Eli Lilly and Company and G.H. Besselaar Associates (Covance Inc.). Ms. Manhard is a member of the board of trustees for the Fleet Science Center. She received a B.S. degree in zoology and a B.A. degree in French from the University of Florida.

Christopher Fuglesang, Ph.D., J.D. is a board member of Shoreline Biosciences

Dr. Fuglesang is a Member of the Board of Directors of CiVi Biopharma, Inc., BCTG Acquisition Corporation (NASDAQ: BCTG) and previously served on Pandion Therapeutics (NASDAQ: PAND) before its acquisition by Merck.

Earlier in his career, Dr. Fuglesang supervised a variety of transactions, including mergers and acquisitions, joint ventures, and other strategic collaborations in the healthcare sector.

Dr. Fuglesang brings with him years of experience in building and developing life science companies, previously founding, and holding board and executive management positions at multiple biotechnology companies.

Marios Fotiadis is a board member of Shoreline Biosciences

Marios is an investor specializing in private equity globally with investments representing over $1 billion USD in committed capital.

Marios started his career in investment banking with SG Cowen in New York followed by a move to SG Capital Partners in 1998, where he began his career in private equity. There he focused on investments in growth and venture capital with an emphasis in healthcare and technology companies.

Following that he became the CEO of Achillion Pharmaceuticals Inc (NASDAQ “ACHN”) where he completed a successful turnaround that culminated with an IPO on NASDAQ. Marios moved to Advent International in Boston where he was a partner with a focus on global investments in health care and life sciences.

Subsequently, he became Managing Partner of TVM Capital MENA, where he raised the first private equity fund in the MENA region dedicated to investments in health care and pharmaceuticals.

Since 2012, Marios has been responsible for managing investments of his family office, under Cerus Advisors. He is currently member of the Board of Directors of Stork Capital, an investment management company with offices in Geneva, Switzerland and Dubai.

Vanessa Jacoby is CFO of of Shoreline Biosciences

Ms. Jacoby has extensive experience in the biotechnology and life science sectors, having served as a senior financial executive of several private and public companies.  Prior to joining Shoreline, Ms. Jacoby served as Chief Accounting Officer of Avidity Biosciences, Inc., where she led all corporate finance and planning activities and played a key role in the company’s $300M Initial Public Offering in June 2020 and $100M Series C in October 2019.

Prior to Avidity, Ms. Jacoby was Vice President, Finance at PharmAkea, which was acquired by Galecto in 2019.  Prior to that, she served as a Director of Accounting and Controller at BCI, Inc. and held senior financial roles at Artes Medical and Verenium.  Before joining industry, Ms. Jacoby was an auditor for Ernst & Young.
Ms. Jacoby received her M.B.A. from National University and  B.S. degree in Business Administration from Fundação Armando Alvares Penteado, Sao Paulo, Brazil. She is a certified public accountant with the State of California (inactive).

William Sandborn, M.D. is a Co-Founder and CMO of Shoreline Biosciences.

He completed a gastroenterology fellowship at the Mayo Clinic in Rochester, Minnesota in 1993.

From 1993-2010, he was on the faculty of the Mayo Clinic, rising to Professor of Medicine, Vice Chairman of the Division of Gastroenterology and Hepatology, and Associate Dean of Research for Intellectual Property and Industry Relations.

In 2011, he became a tenured Professor of Medicine, Chief of the Division of Gastroenterology, and Director of the Inflammatory Bowel Disease Center at the University of California San Diego.

Dr. Sandborn has published over 851 peer-reviewed articles including articles in the New England Journal of Medicine, Nature, Lancet, JAMA, Annals of Internal Medicine, and Gastroenterology. His h-index is 138.

He is a member of the editorial board for the New England Journal of Medicine. In 2019, he was awarded the Sherman Prize for his work in inflammatory bowel disease. He was a scientific co-founder of Santarus (acquired by Salix Pharmaceuticals in 2013, now Bausch Health), and currently serves as Chair of the Scientific Advisory Board for Prometheus Biosciences.

Steven is the Chair of the boards of Qihan Biotech and Camp4 Biotherapeutics, both private biotechnology companies.

Since January 2020, he has served as a Strategic Advisor to Decibel Therapeutics, where he served as the company’s first president and chief executive officer and a board member from 2016—2020.

Prior to Decibel, from 2011 to 2016 he served as executive vice president, corporate development at Biogen, Inc., where he led eight new drug approvals.

Previously, from 2001 to 2011, Steve was the founder, chief executive officer and board chair of Infinity Pharmaceuticals, Inc., a cancer drug discovery and development company.

He was also, from 1994 to 2001, an early leader and the chief business officer of Millennium Pharmaceuticals, a pioneer in large-scale genetics and genomics.

From 1986 to 1994 he was a co-founder, board member and executive vice president of DNX Corporation, the first transgenic animal company.

He was appointed by President Clinton to the National Bioethics Advisory Commission and he also served as a member and vice chair of the board of the Hastings Center for the Life Sciences.

Dan S. Kaufman, M.D., Ph.D., is a Co-Founder and board member of Shoreline Biosciences

Dr. Kaufman is a Professor in Department of Medicine, Division of Regenerative Medicine and Director of the Cell Therapy program at the University of California-San Diego (UCSD).

Following undergraduate studies at Stanford University, he completed a combined MD/PhD program at Mayo Clinic and a clinical residency and fellowship in internal medicine and hematology at the University of Wisconsin-Madison.

His research focuses on use of human induced pluripotent stem cells (iPSC) to study development of hematopoietic stem/progenitor cells, lymphocytes and other immune cells.

His studies as a post-doctoral fellow were the first to derive blood cells from human pluripotent stem cells.

In addition, His laboratory was the first to produce functional lymphocytes from human pluripotent stem cells.

Kleanthis G. Xanthopoulos, Ph.D. is a Co-Founder, Chairman and CEO of Shoreline Biosciences

Kleanthis is a serial biotechnology entrepreneur with over two decades of experience in the biotechnology and pharmaceutical research industries as an executive, company founder, chief executive officer, investor and board member.
Dr. Xanthopoulos has founded five companies, introduced three life science companies to NASDAQ and financed and brokered numerous creative strategic alliance and partnership deals with large pharmaceutical partners.

Dr. Xanthopoulos participated in The Human Genome Project as a Section Head of the National Human Genome Research Institute from 1995 to 1997.  Prior to this, he was an Associate Professor at the Karolinska Institute, Stockholm, Sweden. An Onassis Foundation scholar, Dr. Xanthopoulos received his B.Sc. in Biology with honors from Aristotle University of Thessaloniki, Greece, and received both his M.Sc. in Microbiology and Ph.D. in Molecular Biology from the University of Stockholm, Sweden.

Dr. Xanthopoulos has over 45 peer-reviewed publications and several issued patents.